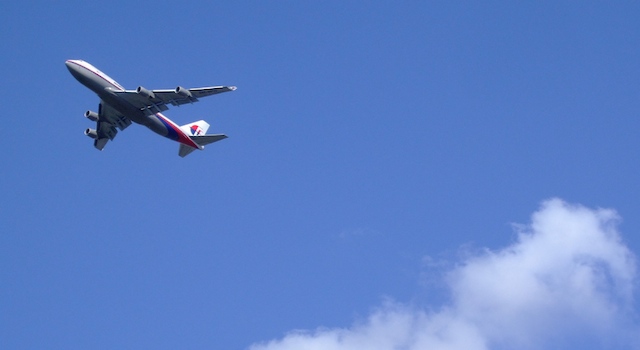 But will it save us from ourselves? Not likely.

A new study published this week in the journal Environmental Research Letters states that the cheapest way for us to combat global warming – at least in the short term – would be to create a chemical cloud capable of reflecting sunlight away from earth and back in to space. Researchers Justin McClellan from Aurora Flight Science Corporation, David W Keith from Harvard University, and Jay Apt from Carnegie Mellon University estimate that it would cost $1.5 billion a year to shield the earth from the sun’s rays using a SRM (solar radiation management) system.

The study focused on the concept of shooting rockets full of sulphur or some other chemical some 12 to 19 miles above Earth from planes or blimps flying at 13 miles above the ground. The chemicals would generate clouds which would reflect sunlight away from Earth, slowing the global warming process. As with any geoengineering study, even the researchers are hesitant to state that this is the best way to fight climate change.

“Such a claim could be sensibly made only after thorough investigation of the implications of risks and of the imperfect climate compensation offered by SRM,” they stated within the study.

We previously mentioned the idea of “cloud brightening” here at Revmodo as a way to combat climate change and this is kind of the same idea but instead of using sailing ships it uses aircraft. Either way, just shielding the earth from the sun does nothing to mitigate how much CO2 we release into the atmosphere nor does it help clean up pollution; it simply would cut back on warming issues for a while. This is not a good idea as if we don’t change our behavior here on Earth in time no amount of chemical cloud creation is going to save us from the long-term effects of climate change.